The 10th World Congress of Portuguese speaking pharmacists was held at the Talatona Convention Centre in Luanda on 30th & 31st of May’13. The Congress was inaugurated by the Angolan Secretary of State for Health Dr. Carlos Alberto Masseca. Over 200 pharmacists from Lusophone countries including Portugal, Brazil, San Tome & Principe, Mozambique, Cape Verde, Guinea Bissau and Angola participated in the Congress. The Congress was addressed by representatives from several regulatory bodies and the Ministry of Health from the Lusophone countries.

Shalina Healthcare was a Platinum sponsor of the event where we had a prominent stall which was one of the most popular with several hundred visitors.

The Angolan Ministry of Health promoted a social awareness banner advising the public not to buy medicines from unauthorized sources, which was placed at strategic locations at the venue. This is a message Shalina entirely supports and as a wholesale vendor we sell only to licensed pharmaceutical reseller. 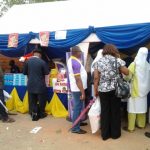 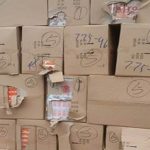