An overview of anaemia in Africa

Although malaria remains the disease of the highest public health importance in Africa, anaemia is likewise of great concern in the region.  The health implication of anaemia is even more impactful in women and children, who are especially susceptible to the disorder.

Anaemia is the deficiency of blood cells, particularly the red blood cells that transport oxygen and nutrients around the body and remove waste before sending them to the necessary excretory organs.

Deficiency of iron is another cause of anaemia. Iron is a major part of red blood cells as it is needed in the formation of haemoglobin. When a person is consistently on a diet that is low in iron, the production of red blood cells is affected, and this could lead to anaemia.

Prevalence of anaemia in Africa

The overall consequence of anaemia is the inability to achieve full productivity because of the reduced supply of oxygen to the tissue, organs and systems. Anaemic women also tend to give birth to low-weight children, some of whom die at birth.

The scourge of anaemia in Africa is significant and has attracted the attention of stakeholders with efforts from the grassroots to the highest level of healthcare. 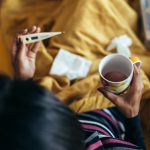 7 Things you may not have known about feverHealth Articles, health facts 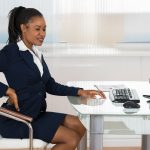