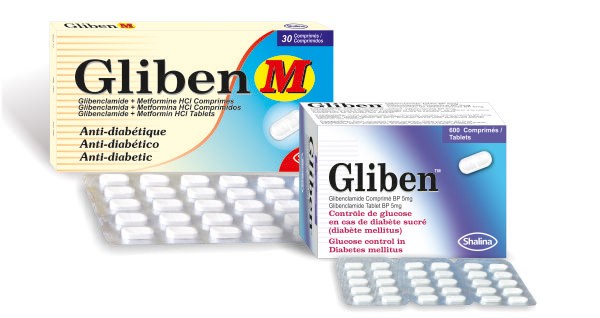 Dosage: In general the initial dose is half a tablet (2.5mg Gliben) daily. The daily dose can then be raised gradually in steps of half a tablet, but only after repeating medical examination. Raising the dose beyond 15mg daily does not usually produce any increased response. When changing over from another oral antidiabetic preparation, with a similar mode of action, the dosage of Gliben is determined by the amount of the previously administered dose and the medical examination. It may be considered that the effect of 1g tolbutamide or glycodiazine, 0.5g carbutamide or 250mg chlorpropamide corresponds roughly to that of 5mg Gliben (1 tablet). In combination therapy with a biguanide, there may be a greater risk of cardiovascular mortality than with the use of glibenclamide alone.

Dosage: Adult: 1 tablet daily or as directed by the physician.

Indications
Gliben is indicated as an adjunct to diet and exercise to improve glycemic control in adults with type 2 diabetes mellitus.
Pharmacological Class
Glibenclamide: Sulfonylurea.
Pharmacological Properties
Anti-diabetic.
Mechanism Of Action
Gliben appears to lower the blood glucose acutely by stimulating the release of insulin from the pancreas, an effect dependent upon functioning beta cells in the pancreatic islets. The mechanism by which Gliben lowers blood glucose during long-term administration has not been clearly established. With chronic administration in Type II diabetic patients, the blood glucose lowering effect persists despite a gradual decline in the insulin secretory response to the drug. Extra pancreatic effects may play a part in the mechanism of action of oral sulfonylurea hypoglycemia drugs.
Side Effects
Side-effects include skin rashes, photosensitivity, diarrhoea, nausea, vomiting, epigastric pain, feeling of gastric fullness, dizziness, headache, weakness, fever, hypoglycemia reactions and paraesthesia. Eosinophilia, cholestasis, hepatitis, jaundice, blood disorders including leucopenia, thrombocytopenia, aplastic anaemia, pancytopenia, haemolytic anaemia and agranulocytosis may occur. The incidence of hypoglycemia can be reduced if Gliben is taken with or immediately after a meal. Transient visual disturbances may occur at the commencement of treatment. Intolerance to alcohol may occur. Adjustment of dosage of Gliben may be required in patients suffering from recurrent infections, trauma, shock or after anaesthesia. When major surgery is to be performed, Gliben should be substituted with insulin therapy.
Contraindications
Gliben is contraindicated in patients: 1. With known hypersensitivity to the drug or any of its excipients. 2. With type I diabetes mellitus, diabetic ketoacidosis, with or without coma. This condition should be treated with insulin. 3. Treated with bosentan. 4. With severely impaired renal and/or hepatic function: The metabolism and excretion may be slowed in patients with severely impaired renal and/or hepatic function. If hypoglycemia should occur in such patients, it may be prolonged and appropriate management should be instituted.
Observations
Should be taken with food. 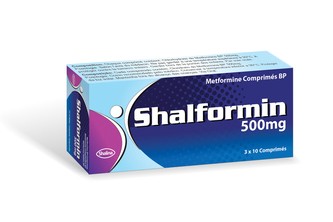 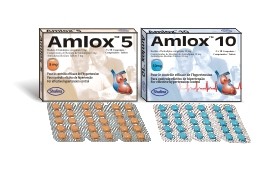