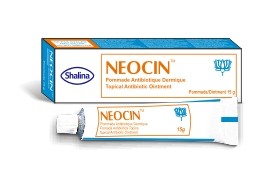 Neocin is used in the treatment of cutaneo-mucosal infections, including infected wounds, burns, carbuncles and acne

Dosage: Should be applied to the affected skin three times daily until symptoms have resolved.

Indications
Treatment of superficial bacterial infections of the skin due to staphylococci and streptococci.
Pharmacological Class
Polymyxin B - polypeptide antibiotic. Bacitracin - cyclic polypeptide antibiotic. Neomycin - Aminoglycoside antibiotic.
Pharmacological Properties
Antibiotic
Mechanism Of Action
The anti-infective components in the combination are included to provide action against specific organisms susceptible to them. Polymyxin B sulfate and neomycin sulfate together are considered active against the following microorganisms: Staphylococcus aureus, Escherichia coli, Haemophilus influenzae, Klebsiella-Enterobacter species Neisseria species, and Pseudomonas aeruginosa. Bacitracin Zinc is highly active against gram-positive bacilli and cocci and extends the spectrum to include haemolytic streptococci, thus completing the antibacterial range of NEOCIN ointment. There is overlapping of the bactericidal spectra of these three antibiotics, thereby providing increased activity through combined antibiotic action.
Side Effects
Sensitization, especially to neomycin, may occur with continued or repeated use, causing redness and scaling of the treated area. Prolonged use may result in overgrowth of non-susceptible organisms. Anaphylactic reactions are rare.
Contraindications
Known hypersensitivity to any of the constituents.
Observations
Should not be applied to large areas of burned or broken skin, since significant systemic absorption can occur, which may lead to irreversible ototoxicity and renal damage. 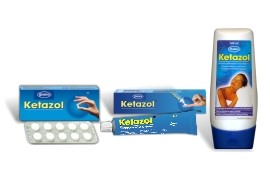 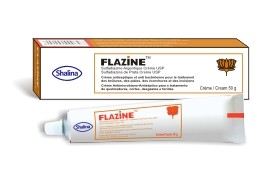 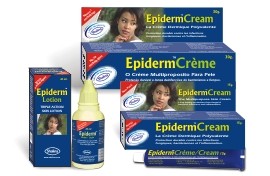 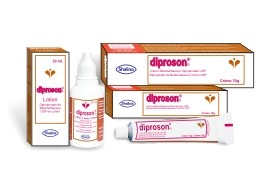 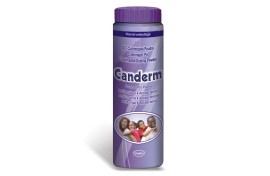