Malaria, a disease of global health importance, has resulted in enormous costs to individuals, families and governments, especially in Africa, despite increased efforts towards its prevention and management.

According to WHO, a major percentage of deaths from malaria occur in Africa. WHO’s 2015 reports showed that about 88% of the cases of malaria were recorded worldwide, and 90% of the deaths occured in Africa.

Although there is still a significant number of infections and deaths from malaria, the report also stated that there has been an overall decrease in the number of cases and fatalities from malaria over time.

It is noteworthy that the war against malaria has also yielded positive results. There was a decline of about 42% in the number of cases of malaria recorded between 2000 and 2015. In that time, there was also a 66% decrease in the number of people that died from malaria in Africa.

Who is at the greatest risk of contracting malaria?

Malaria is carried by female Anopheles mosquito. When the mosquito sucks blood from a person, it deposits the causative parasites of malaria. Individuals with a low level of immunity are most prone to developing the disease after the causative parasites are deposited. According to the Center for Disease Control and Prevention (CDC), there is a highly efficient mosquito that transmits Plasmodium in certain parts of Africa, contributing to the increased burden of the disease in the region.

The groups of persons most affected by malaria are children under the age of 5 whose immunity are yet to develop properly. Pregnant women are also at an increased risk of contracting the disease because their immunity decreases as a consequence of pregnancy. Individuals that have  not built up their immunity to malaria (such as travellers) are at increased risk of contracting the disease.

As the group of parasite responsible for malaria, Plasmodium has several interesting characteristics.

Prevention and management methods of malaria

Because malaria is a preventable disease, a lot of measures can be taken stop its transmission and stay safe.

The preventive measures of malaria including preventing contact with mosquitoes. The use of long-lasting insecticidal nets and insecticide sprays are major ways of preventing the spread of malaria.

Research on vaccines is underway, with ongoing pilot projects to determine the effectiveness and suitability of vaccines for widespread use. Global efforts are continually being deployed to curtail the menace of malaria.

The peculiarity of malaria in Africa is as a result of a complex of contributing factors which include poverty, lack of resources and appropriate healthcare facilities to manage the disease effectively. 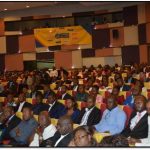 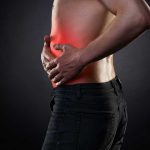