Shalina Healthcare has signed an agreement with The Technical Unit for Private Investment (UTIP) in Angola.  UTIP is the Angolan Government agency that receives, analyses and recommends to the President of The Republic of Angola any foreign direct investment exceeding US$10m.

Shalina plans to invest US$16m to build a new Shalina Distribution Centre. The new centre will house a world class pharmaceutical distribution facility that complies with international GSDP standards (Good Storage and Distribution Practices) and it will be used to distribute Shalina’s range of more than 300 pharmaceuticals products across Angola. The new centre will also contain a large training centre that will be used to conduct continuous medical education for doctors and pharmacists in Angola.

The land acquisition has been completed.  Civil construction work will start in October 2017 and is expected to be completed by early 2019.

This investment reflects our long term commitment to Angola and partnering with the Angolan Government’s priority to ensure Quality medicines at Affordable prices across Angola. 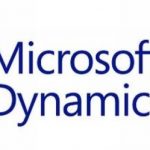 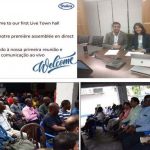