Following Shalina Healthcare’s mission to make high quality & affordable healthcare products available across Africa, we have opened another two new shops in Malanje & Saurimo. Shalina Healthcare is now the first pharma company to have its direct presence in these provinces.

The opening ceremonies were attended by well-known senates of the Angolan Authorities and the whole event was covered by leading channels, including National Angolan Television – TPA.

Now we have total ten shops across operating in Angola, Shalina Healthcare is one of the leading pharmaceutical companies in Angola. We have plans to expand to other provinces in the coming two years, thus ensuring that fundamental pharma products reach even more of the Angolan population. 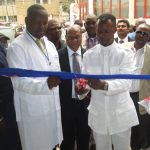 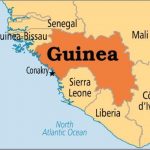